Want to talk to a CPA about how to handle a big windfall in 2017?  Estimate what you’ll pay in taxes if you exercise those stock options? Do normal, intelligent tax planning?

Unhappily, 2017 is not a normal year.  Donald Trump and the Republican party campaigned on the promise to make major changes in the tax policy.

The victors in the election campaigned on the promise that they would cut the top tax rates.

They wanted to simplify the tax code, too. What “simply” means is not certain, but Mr. Trump’s proposal included the idea of limiting some long-cherished deductions.  Charitable deductions would be capped at $100,000 per person, for example. 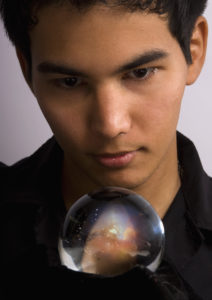 Unfortunately for planning purposes, we do not know yet if cutting the tax rates and adoption of the other plans put forth by Mr. Trump will be done all in 2017. Moreover, the campaign promises of the Republicans in Congress differ from what Mr. Trump said he wanted to do.

Which changes will pass? When? What other ideas will be implemented?

Our crystal ball is cloudy!

Realistically, the answers to these questions will develop during 2017.

Unfortunately, actions that Congress takes in December will affect the financial actions you had to take in January.

What we — and all other tax professionals — can do now is:

Speculating is not a comforting alternative to solid, professional planning.  But, it is all we all can do until the ultimate shape and scope of tax law changes is known for sure.

We suggest that if you can postpone making major financial decisions that might be impacted by new tax rules, do put off taking any action until Congress acts!  Unless you have need for the cash generated by the exercising of stock options, for example, consider delaying exercising the options for a while.

Most years we suggest that you contact us early in the year to talk about potential major financial decisions.

In 2017, we will still be happy to talk with you and give you general advice. As the year progresses, it’s likely that we will be able to give tax planning advice with increasing certainty.

This site uses Akismet to reduce spam. Learn how your comment data is processed.