The last deadline for 2011 income taxes just passed on October 15th, and the last thing that most of us want to do is to spend more time thinking about taxes.  Unfortunately, this year, we should. 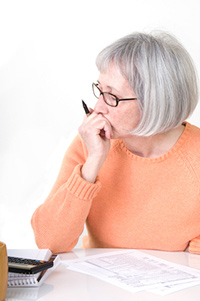 Most years most people don’t need to do special tax planning or have a tax projection created for them.  If their circumstances haven’t changed too much from the past year, they can pretty much estimate what they will owe next April.

However, in 2013 there is one major change for high-income earners, one change for all wage earners, and another group of potential changes for all taxpayers that might make a 2012 trip to see your CPA cost effective.

Most years people try to put off realizing income past December 31st so that they can put off paying taxes for another 12 months.  But, this year is different.  If you are a high earner, you may want to take advantage of the 2012 rates that include the Bush Era reductions for all income levels.  If you earn less than $110,000, you may want to earn  as much as possible in 2012 when the 2% payroll tax cut is still in force.

In addition, you may want to put in place tax-minimizing retirement plans or take other actions so that you are ready on January 1st if rates do rise.